Ashley Bell Cast as the Lead in Next Door 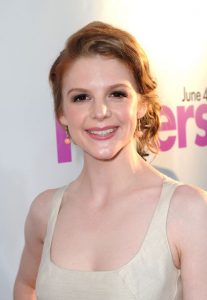 Horror belle Ashley Bell has been cast as the leading lady in Next Door from director Kenny Gage (Anarchy Parlor, Twisted Sisters) and writer Adam Rockoff (Wicked Lake, I Spit on Your Grave (2010)). The film also stars Adam Mayfield, Isabelle Hofmann, Tom Amandes and Kathleene Noone.

Synopsis:
The film is about a young woman who accepts an offer from her therapist neighbour to be treated for free and thinks she’s found the perfect situation. But the more she learns about her seemingly altruistic saviour, the more she begins to fear for her safety.

Ashley Belle has a vast set of horror films to her name and she’s barely 30-years old. You will probably recognise her from The Last Exorcism, Carnage Park, The Day and Dark Intentions. Keep your eyes peeled for a trailer for Next Door, it’s due for release in 2017.