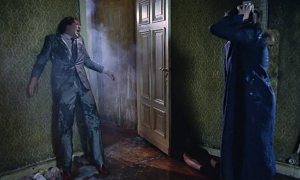 Celebrated Polish director Andrzej Zulawski has passed away after a long battle with cancer. Best remembered in the horror world for his astounding 1981 arthouse nightmare (and one-time video nasty) Possession, he was never too far from controversy, or acclaim. 1972’s The Devil (his second feature) was banned in Poland, prompting Zulawski’s first move to France. He returned to Poland to shoot sci-fi adventure On The Silver Globe, which didn’t see release until 1988 due to the Polish authorities trying to put a stop to the production.

Zulawski returned to France, finding success with mainly arthouse audiences, and a number of his films have gone on to celebrated cult status. Though violence would often permeate his films, Zulawski would not return to the horror genre until 1996’s psychosexual mystery Szamanka. His final film, surrealist drama Cosmos, was released just last year, following a fifteen-year break between films. A US distribution deal for the film had been reported a day before his death.

Zulawski died in a Warsaw hospital yesterday, aged 75. He leaves behind a confrontational, provocative and truly unique film legacy.