Netflix and Zack Snyder’s upcoming zombie movie Army of the Dead is getting both a prequel anime series in the form of Army of the Dead: Lost Vegas and an “international prequel” feature film—the latter of which has now wrapped filming!

“That’s a wrap on Army of the Dead: The Prequel,” Snyder shared on Twitter this week, along with a first-look picture of the cast. “Thanks to all the cast & crew and Netflix.” 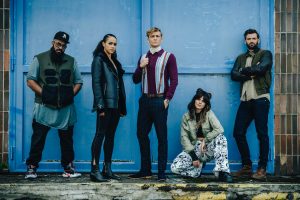 Matthias Schweighöfer directed the prequel film, which will centre around his character from the main movie. The script was written by Shay Hatten, who is also writing the animated series.

The core Army of the Dead film is expected to hit Netflix in 2021.