Are You Ready for The Cabin in the Woods 2? 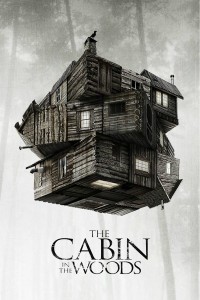 The Cabin in the Woods was probably not a film you would expect to receive a sequel, but Lionsgate have approached Drew Goddard with just that. The 2012 film seemed to tie-up its story with quite a bang and didn’t really leave anything open or to be continued. However, when speaking about the potential of a second film, Goddard has said the following:
“The funny part is, I don’t think we planned that movie to do a sequel, you know? But that being said, the fun thing about Cabin is, the rules are pretty crazy. We get away with a lot of crazy stuff, so, I’m sure we could figure it out if we got inspired to. I know Joss and I both feel like we don’t want to tarnish what we did with the first one. With a sequel, we’d only do it if it made us laugh hard enough, I suppose.”

It seems the humour is the key to another film and we would agree that the comedy aspect was very important to what made The Cabin in the Woods so damn great. It never took itself too seriously, but was able to be an intelligent and unique horror film at its core. We’d love to hear what Joss Whedon thinks of another Cabin In The Woods as after Avengers: Age of Ultron he explained his wish to take a break from the Marvel universe. Perhaps making a Cabin in the Woods 2 is just the remedy to get as far from superheroes as possible…

Keep your eyes and ears peeled for more on this news, it’s very interesting indeed.