Having scooped up no less than 57 awards and nominations over the course of its festival run, it’s fair to say there’s a little buzz building behind found-footage anthology The Dark Tapes. Limited screenings in Los Angeles over the weekend came ahead of an April VOD release. Get a taste of the mayhem for yourself with the below trailer, which surfaced earlier this month and features some awesomely creepy imagery.

The film, which hops between themes and genres over the course of five tales (plus a wraparound), was directed by Michael McQuown and Emmy Award-winning makeup FX artist, Vincent J. Guastini (Requiem for a Dream, Child’s Play 3, Spookies). It stars a host of upcoming genre talent including Cortney Palm (Zombeavers, Death House), Emilia Ares Zorayn (V/H/S Viral) and David Banks (Cut!).

A spin-off film entitled The Darker Paths is already in pre-production, and is expected to begin shooting in the next month or two. 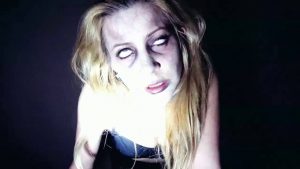 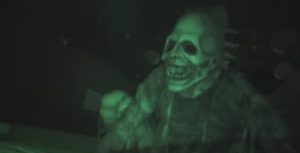 The Dark Tapes will land on VOD platforms on April 18th through Epic Pictures Releasing.