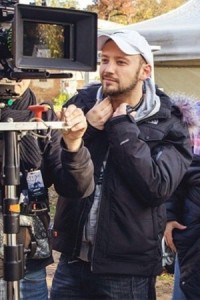 Following its world premiere at this year’s Tribeca Film Festival and coming home from the recent Fantaspoa Film Festival with the Best International Film Award under its wing, Benni Diez’ directorial debut Stung is all set to take the US by swarm.

With the film all set to release this Friday, July 3, and as we had so much fun with it (read our review here: https://www.screamhorrormag.com/stung-film-review)

SCREAM’s Howard Gorman caught up with Benni Diez to find out what it was about this script that caught his eye, how he managed to get such stellar talent attached and how he went about bringing such fantastically shuddersome creature creations to the big screen…