A Canadian release has been arranged for horror-comedy sequel Another Wolfcop through a partnership between Vortex Words + Pictures, A71 Entertainment and Black Fawn Distribution. The deal will see a wide Cineplex theatrical release on December 8th, with a Blu-ray/DVD/Digital release through A71 and Black Fawn to follow in 2018.

The follow-up to Lowell Dean’s 2014 festival hit, Another Wolfcop sees Leo Fafard returning to the role of the titular hard-drinkin’ officer of the claw, who also goes by the name Lou Garou. Yannick Bisson (TV’s Murdoch Mysteries) co-stars as super villain Sydney Swallows, and the film also features a cameo from Kevin Smith, as seen in this previously-released trailer.

In the film, “Alcoholic werewolf cop Lou Garou springs into action when an eccentric businessman with evil intentions seduces Woodhaven’s residents with a new brewery and hockey team in this outrageous horror-comedy sequel.” 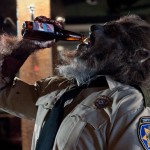 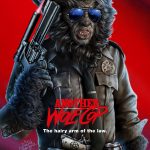 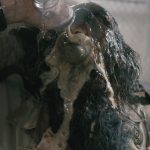 Earlier this year the film was given a quite brilliant poster (above middle), which is a wicked parody of the celebrated artwork for Stallone action ‘classic’ Cobra, created by The Dude Designs.

An international release is yet to be announced.