Anne Hathaway Dances with a Monster in Colossal Trailer

With a release date now locked for Nacho Vigalondo’s monster movie Colossal, we can get our first glimpse of its creature in this new trailer, which foregrounds the film’s comedic element.

Winning much praise over the course of a long festival run, Colossal is set to hit US cinemas on April 7th. It is the fourth feature from Open Windows director Vigalondo – who also directed segments of V/H/S Viral (Parallel Monsters) and The ABCs of Death (A is for Apocalypse) – and stars Anne Hathaway as New Yorker Gloria, who discovers a close psychic link between herself and a city-levelling monster terrorising South Korea. Co-starring with Hathaway are The Guest’s Dan Stevens, comedy regular Jason Sudeikis (Horrible Bosses, 30 Rock), Tim Blake Nelson (Holes, The Incredible Hulk) and Austin Stowell (Whiplash). 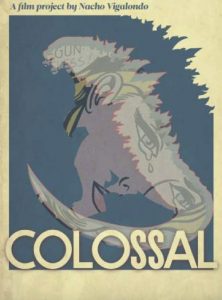 Gloria (Hathaway) is an ordinary woman who, after losing her job and being kicked out of her apartment by her boyfriend, is forced to leave her life in New York and move back to her hometown. When news reports surface that a giant creature is destroying Seoul, South Korea, Gloria gradually comes to the realization that she is somehow connected to this far-off phenomenon. As events begin to spin out of control, Gloria must determine why her seemingly insignificant existence has such a colossal effect on the fate of the world.

Colossal will be released by Neon, the new company formed by Radius co-founder Tom Quinn (who picked up It Follows) and Alamo Drafthouse owner Tim League, who acquired the film following its Toronto International Film Festival premiere back in September.