Andrew Lincoln to Vacate The Walking Dead Next Season 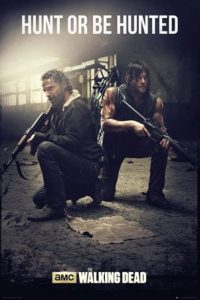 Andrew Lincoln has been the lead of AMC’s hit zombie series The Walking Dead since the very beginning, so this is very sad news. It is being reported that the actor is to leave the show during season 9, which is due to premiere later this year.

Apparently he will star in around 6 episodes, suggesting that his exit will come at the mid-season finale. We’re expecting it to be a big one, indeed.

There have been many surprises during The Walking Dead’s 8-year run, but we’re expecting Rick Grimes’ departure to be particularly standout.

This news is mainly surprising because Rick lives for much longer in the comics, so if he dies, this will deviate the TV series further from its source material.

Reportedly, Norman Reedus who plays Darryl Dixon, will be taking the reins as the show’s leading man.

Any guesses as to how Rick leaves?