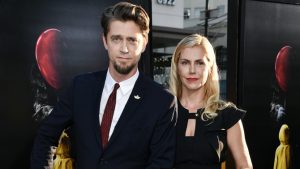 Several weeks before their It adaptation hit screens, brother-sister team Andrés and Barbara Muschietti announced their eagerness to take on another of Stephen King’s classics, Pet Sematary. Clearly still interested, the pair talked to EW this week about the 1983 novel, which King himself once described as “the most frightening book I’ve ever written.”

“My affection for Pet Sematary will go on until I die,” Andrés told the site. “I will always dream about the possibility of making a movie.” Barbara adds, “We’ll see who gets to it first. But it is the first Stephen King book that we read, and it’s something that has been a great love, because it is possibly King’s most personal book. You can imagine his young family. What will you do to be able to keep your family? How far would you go?”

“I really hope we can do it. But if we do it, we have to do it justice, like we did with It,” Barbara continues. “The versions we read in the past years, the scripts we’ve read, have not been, in our opinion, representative of the book,” she admits.

Like It, Pet Sematary has already been brought to the screen – in this case as the 1989 film – and similarly, faithfully recreated certain scenes but failed to evoke any of its source novel’s power and feel. Film rights to the novel are still held by Paramount Pictures, who released the 1989 adaptation. While they’ve put out no official word on their interest (or not) in another adaptation, the huge success of It must surely have caused some stirrings.