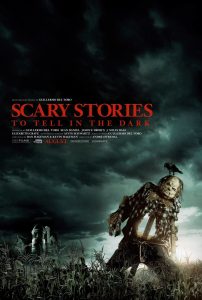 Paramount and Entertainment One have announced a sequel to last year’s Scary Stories to Tell in the Dark—and André Øvredal is returning to direct.

Writers Dan Hageman and Kevin Hageman will also return. Guillermo del Toro, who produced the first film, is set to write the story.

Scary Stories to Tell in the Dark, which raked in over $100 million worldwide, was based on the creepy short stories from Alvin Schwartz’s series of children’s books. While it has yet to be announced whether the sequel will draw on more of Schwartz’s tales, that seems safe to assume.