American Horror Story to Scare up a Sixth Season 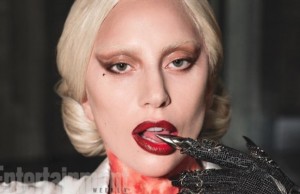 This news may not be too surprising, as American Horror Story has long been one of the greatest, most-watched and popular shows on television. However, it has been confirmed that the show will be scaring up a sixth season, hooray! There is speculation that this will be the final season of American Horror Story, but this has not been confirmed. Despite Season 5’s Hotel endeavour receiving mixed reviews, AHS has continued to pull in the ratings and, thus, earn itself a renewal.

A couple of months ago creator Ryan Murphy suggested that 2016 will feature 2 seasons of American Horror Story; one in the Autumn and the other released in the Spring. He stated that there will be two sets of writers, each tackling a different season. So, maybe 2016 will be the year of American Horror Story, but we’ll see. Again, none of this has been confirmed and is just a rumour at the moment.

Whatever happens, it’s great that we’re going to get more AHS because it truly is one of the most ground-breaking, spooky and unique shows on air currently. It would be sad to see it go. Where do you think the next season will take place and will Jessica Lange make a welcome return?