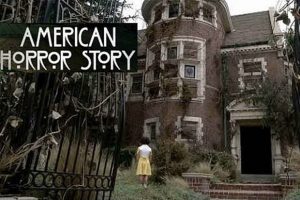 Earlier this month, American Horror Story creator Ryan Murphy excited fans by stating that he planned to revisit the world of Coven – the show’s third season – at some point in the future. Talking as part of a panel at EW’s PopFest Sunday Murphy was asked about this, and revealed plans for a crossover with Coven and first season Murder House.

While Murphy could not say when the crossover will happen, he did confirm that he has begun approaching stars from Murder House and Coven to gauge their interest and attempt to sync up schedules. 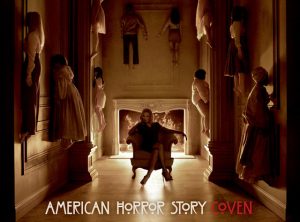 “I’ve started going to actors from both of the seasons, quietly, saying, ‘I think in this window, if you could fit us in.’ So yeah, it’s fun. It’s weird.”

While he was careful not to mention names, Coven actress Emma Roberts was in attendance at the panel, and it would not be unreasonable to assume that Murder House’s Connie Britton and Dylan McDermott will be on his list. This more solid confirmation will be music to the ears of fans, many of whom consider the shows first and third seasons to be its strongest.