American Horror Stories is returning for a second season this July—and if you’re creeped out by dolls, you might want to avoid the first official poster art… 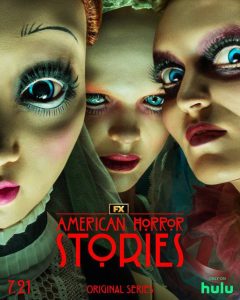