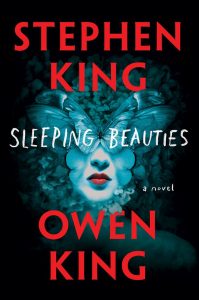 Early last year, we reported that AMC had made a pilot script commitment for an adaptation of Sleeping Beauties, the 2017 novel by father-and-son duo Stephen King and Owen King. It looks like that project is moving forward: during the recent Television Critics Association winter press tour, it was revealed that a TV series based on Sleeping Beauties is indeed on AMC’s development slate.

The novel, which is set in a small Appalachian town, documents the fallout of a mysterious worldwide phenomenon that causes women to fall into a deep sleep and become cocooned. If they’re disturbed, they fly into a murderous rage before going back to sleep. Growing increasingly paranoid and desperate, the men must find a way to rescue them—but the women may have their own ideas.