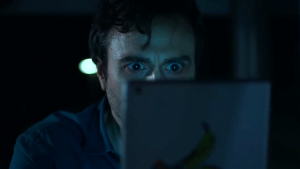 As reported by Deadline, Amblin Partners has acquired the rights to turn Jacob Chase’s horror short Larry into a feature.

The 2017 short (which you can watch below) centres on a nighttime carpark attendant who begins reading about the titular monster, who “just wants a friend.” Seeing something outside, the attendant soon realises that he may be the friend Larry seeks. Chase wrote and directed the film, as he is set to do for the feature.

The film will reportedly expand on the short’s premise, with Larry being created through the nightmares of a troubled young boy. The aim is to create “…a grounded horror film in the vein of The Ring and Poltergeist.”

The Picture Company partners Andrew Rona and Alex Heineman will produce the feature, which was picked up based on the original short and a new treatment by Chase.