Amanda Wyss and Tom Sizemore Head to The Orchard

Michael Caissie, writer of upcoming Al Pacino crime thriller Hangman, is taking on his first feature as director with ghostly revenger The Orchard. Described as a supernatural twist on the likes of The Last House on the Left and Straw Dogs, the film stars A Nightmare on Elm Street favourite Amanda Wyss.
The news comes with the following synopsis:
Left alone for the night in their new orchard farmhouse, three teenage sisters soon find themselves at the mercy of some unscrupulous townie boys. The tables are turned, however, when the malevolence that roams the orchard starts to hunt down the boys. 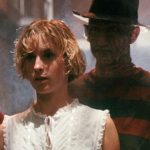 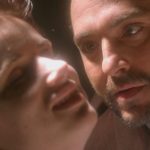 Arnold Rifkin’s Cheyenne Enterprises (Live Free or Die Hard, 16 Blocks) will produce The Orchard, which is expected to begin filming this Summer in the orchards of Valencia, California.