Last week, we spoke with Danish writer/director Christian Torpe on the upcoming TV adaptation of Stephen King’s “The Mist,” in which he revealed how the real draw for him had been the fact that it’s such an incredibly unfortunate, yet incredibly relevant premise.

Having seen the pilot, that statement couldn’t be closer to the truth but it’s also glaringly apparent that Torpe has gone out of his way to remain as true to the DNA of the source material as possible whilst giving his own timely spin to it – under the following Stephen King proviso: “As long as you don’t do anything ordinary, then you have my blessing to just fire away.”

Jam-packed with all manner of contrasting characters, parallel plot lines and simmering tensions, even before the mist rears its ugly head, audiences are in for a real treat. So, eager to gather even more inside information about one of the most anticipated TV shows of the year, SCREAM’s Howard Gorman caught up with actress Alyssa Sutherland to discuss tackling her role as Eve Copeland, a progressive teacher stuck in the middle of the most conservative of communities… 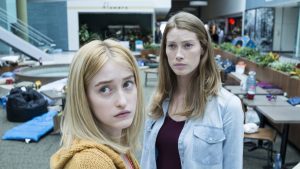 SCREAM: What left me desperate for more by the end of the pilot episode is that fact that the town is simmering with so much tension way before the mist even arrives. That must have been a big draw for you when you read the script. What else specifically resonated with you in terms of your character and also the adaptation of the source material as a whole?

Alyssa Sutherland: I really loved what Christian had to say about things. He’s just not afraid to have an opinion and I really applaud him for it, especially because we’re dealing with fear. The biggest selling point to me was that we were dealing with this small town and the community’s mentality that still, unfortunately, exists, especially when it comes to victims of sexual assault. I really liked that we were highlighting that and putting it front and centre. When I was going through the audition process for the part, the whole case of the Stanford swimmer had been in the news and it just seemed like such a timely thing to be saying and getting out there. So, thematically, that was my favourite thing, but then the line that really won me was a line where Adrian’s (Russell Posner) mother turns to him and says, “You know your father can’t hear you when you’re wearing makeup.” That just melted me because it’s a really powerful thing to say. I just hope that this series can reach people and show another side of things and open their minds up.

SCREAM: That aspect is particularly relevant when it comes to your role as you play this progressive teacher in a conservative town. Your character highlights just how scared the community is of letting their children find out about the big bad world earlier than they need to, but at the same time, this prevents them from being prepared to face what awaits them.

I like that there is a kind of contradiction inside of Eve. She’s trying to teach these kids about sex and contraception and just trying to arm them with knowledge so they can make smarter decisions, but at the same time, she’s trying to keep her daughter under lock and key. So I loved that contradiction in her character but she really just wants to protect everyone. That comes from Eve’s background and she doesn’t want history to repeat itself with her daughter. At the same time, Eve also wants to shield her daughter and protect her from the eyes of this town and I like the fact that they talk about women’s repressed sexuality. I like that that’s sort of an undercurrent as well and how people are still shaming women for really just being human.

In terms of the mist itself, it comes in and is certainly a catalyst, but at the same time, it’s sort of secondary because the characters’ relationships come first. The mist is there and there are great moments of horror and fright for any die-hard Stephen King fans, but at the same time, there are these wonderful plot lines that have been really smartly put together. Wanting to be a part of it was really easy. I read the pilot and said, “Yep. That sounds great! Sign me up!” 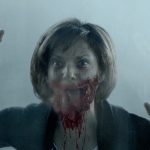 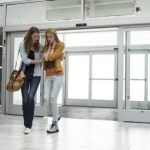 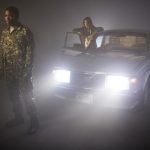 I kind of leave that for Christian to worry about (laughs). I hadn’t seen the movie and I hadn’t read the book to be honest. I’m actually really wimpy when it comes to horror. I’m certainly aware of Stephen King’s work and saw snippets of it when I was very young and it scared the bejeezus out of me. One that I loved and was able to watch was Misery but I just didn’t want to watch scary movies growing up. I like being able to sleep at night.

I have a lot of admiration for Stephen King, but once I was part of the series I didn’t really want to read the source material. I wanted to get fully involved with Christian’s script because I knew that my character really wasn’t in the book and the movie so much. I also wanted to be true to what Christian wanted to do with it because I’m sure it’s difficult for him as there are things that he’ll want to stay true to, but at the same time, we’re filling out a whole series and it’s to my understanding that the novella is really not that long.

SCREAM: Having steered clear of as much horror as possible all your life, what was it like working on the set of a horror show, especially one which involves certain extreme, visceral moments?

Some of the effects were on camera and others were done in post. I had one memorable incident with a guy that was dressed up as a corpse for one scene. I had no idea it was actually a real guy as I hadn’t seen him on set and we also had mist coming in this little area where he was. So I sat down and just assumed it was a dummy with a missing arm and blood all over the place and then, at one point in between takes, the guy moved and it just freaked me out completely. So that stuff frightened me a bit but what I found to be a real challenge was working with green screen as I hadn’t done a lot of that before. A lot of the time, we had to be reacting to things that weren’t there yet so that was challenging for me as an actress to make it as realistic as possible, especially when you’ve got like a tennis ball on a stick that you’re looking at. But that was cool because I like being challenged because I don’t want to be doing the same things over and over again.

SCREAM: And have you seen the end result of your tennis ball scenes?

We did come back in to do some ADR for some of the episodes but the VFX still hadn’t been completed so there is a lot that I still haven’t seen. Of course, we were told what things would look like when we were on set but the audience will see things that even the cast has yet to see.

As I said, if the pilot is anything to go by, we’re confident the show is going to be a big hit with old fans and new when it debuts this Thursday, June 22nd, at 10pm ET/PT. In the meanwhile, we’ll leave you with the latest trailer…