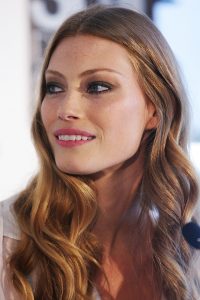 Spike TV’s anticipated TV series adaptation of Stephen King’s The Mist has added Alyssa Sutherland to the cast. Not a lot is known about the show yet, but it has been confirmed that Adam Bernstein (Breaking Bad, Nurse Jackie) is directing the Pilot episode and the show should begin shooting this summer.

Alyssa Sutherland is most widely known for her role in the TV series Vikings, where she plays Queen Aslaug, but she has also starred in features Don’t Look Up and the comedy-romance Spencer. In The Mist she will play the role of Eve Cunnigham; a protective wife and mother who has to protect her daughter from the dangers that lurk on the outside.