Andre Gower, who played young Sean in 1987 fantasy favourite The Monster Squad, looks to be treading someway similar waters again in family-friendly monster comedy Baby Frankenstein. We’ve got for you the first poster and trailer for the film, which comes from director Jon YonKondy. 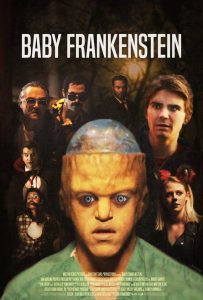 Synopsis:
The story of Lance and his unlikely friendship with a self-aware, pint-sized automaton. When a listless young man decides to protect his discovery of a lifetime from his mother’s demented boyfriend, he must decide how far he will go to save this “little dude” from capture.