The first trailer for the sci-fi Alien Invasion: S.U.M.1. has been released and it shows a future where the human race is forced to live underground after an alien invasion. The film follows a lone soldier who is tasked with returning to the surface to rescue a group of unprotected survivors. 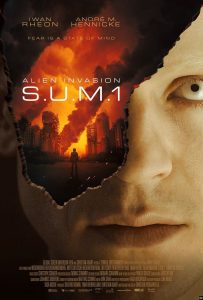 It looks quietly action-packed, but seems to be focused more on the dwindling sanity of the lone soldier. If you think of something along the lines of Moon, but with a touch more urgency, then you’ll be on the right track. It certainly looks intriguing with a great production design, so we’re excited to get our hands on the film when it’s released.

Alien Invasion: S.U.M.1 stars Iwan Rheon (Misfits, Game of Thrones) and comes from director Christian Pasquariello, the writer of TV’s Kill Your Darling. The film will be released in the USA on 1st December 2017.