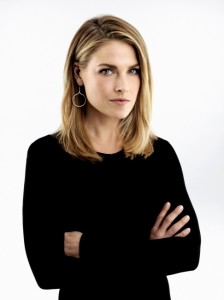 Hailing from New Jersey, Ali Larter began her professional career at the tender young age of 13 as a model before heading off to LA in 1997 to pursue a career in acting. Just two years later she scored her first feature film role in the romantic comedy Varsity Blues before becoming a genre icon when she clambered aboard the supernatural horror franchise, Final Destination as Clear Rivers. Success in the horror industry persevered as she went on to play Glock-firing Claire Redfield alongside Milla Jovovich in Resident Evil: Extinction and Resident Evil: Afterlife and a tormented coquette opposite Beyoncé and Idris Elba in the 2009 thriller Obsessed.

No stranger to the small screen, Larter is probably best known for playing the dual roles of Miki Sanders and Tracy Strauss on the NBC series, Heroes, which is all set to make a comeback. Most recently she returned to television on TNT’s hit action drama, Legends, as Crystal McGuire, starring alongside Sean Bean. Horror fans will be delighted to hear that she has also returned to the horror genre with her latest feature, The Diabolical, which knocked me for six at last week’s SXSW world premiere. (Read our review here: https://www.screamhorrormag.com/the-diabolical-film-review).

Larter stars in The Diabolical as Madison, a single mother fighting to protect her two children when they find themselves awoken nightly by an increasingly strange and intense presence. SCREAM’s Howard Gorman caught up with Larter to find out what it was like getting back into the horror business and why she was able to relate so closely to the character she portrays…

SCREAM: Hi Ali, unfortunately you weren’t able to attend SXSW for the premiere of The Diabolical but I’m guessing you’ve had plenty of feedback from people since it screened.

Ali Larter: No, I couldn’t go as I’m home with my newborn. I’ve been on hiatus for a while and I’ll be starting back on a second season of Legends in the summer. I’ve been getting emails saying that everyone loved the film and they thought it was really scary and that they really dropped in with the emotional components of the film.

SCREAM: This is Alistair Legrand’s first writing and directing gig and I understand the script crossed your path via his producers.

AL: That’s right. Alistair also created this look-book for me that was really his Bible. That was really so helpful for me to be able to see how he wanted to create the film. Also, watching his video reel it was so hauntingly beautiful and when it came down to it I was very excited to work with someone who had that passion and that desire to really invest all of himself into making a movie that was going to be really special and unique to him. So I was ready to get on board for that and also the fact that I was drawn to the story from being a mother and how, once you experience that, there’s this almost unexplainable need and desire to protect your children and the ends you will go to. So that was interesting to me to start to explore that.

SCREAM: I think you had a lot of questions for Alistair when filming in terms of how a mother would really react in each situation we see in the film?

AL: I was concerned about making sure it felt authentic. What was great about filming it was that we shot it in a house, not on a soundstage, and I was able to spend so much time with Chloe (Perrin) and Max (Rose), who were my children in the film. That way we were able to create a real relationship and that was something that was extremely important to me. Also, for me, there’s nothing worse that just fake screaming and unauthentic reactions so we would do whatever we could to create and bring a level of realism into the film.

SCREAM: I thought Chloe and Max were astounding in the film and put in really authentic performances.

AL: Oh they were great and one of Alistair’s gifts is his ability to work with children. That was definitely something that was part of it and you just saw the joy on his face and his connection with them. I feel like if he makes more films in the future you are going to see that more and more. I know he loves E.T. and The Goonies and that was such a big part of making sure that the children really felt accessible and real in that way. 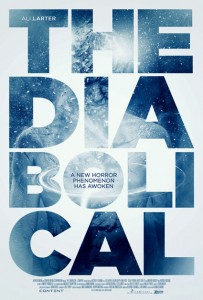 SCREAM: And how did the kids cope working on a horror set?

AL: They were able to distinguish between when we were playing imagination and when things were real and that was the most important part so that they weren’t going to go home and have nightmares. It was make-believe and it was fun.

SCREAM: The film dives head-first into the scares and there are some particularly unique swooping and meandering camera techniques. Was it a challenge working with such a unique shooting style?

AL: It wasn’t actually. I thought that the film looked really great and I was almost surprised by the quality of how beautiful it turned out. I mean, you never know with first time filmmakers and DPs but I thought it just looked really eerie and it was really beautifully lit. That’s something that also attracted me to this move. I knew that Alistair had the desire to make this really spooky and haunting movie but also to make it look really special.

SCREAM: So did you appreciate much of a difference when you came to see the final cut? I thought the soundtrack added so much tension to the film.

AL: It absolutely did, but you know what? I am just not great at watching my own films. For me, I just kind of see it and look away a lot. It’s just not a very comfortable process for me but I just wanted to see the overall feeling of it and that’s what I took away from it. I just don’t particularly like watching myself as it just feels incredibly indulgent and I just find what’s wrong rather than seeing what’s right and I’m not really able to go on that journey as someone watching the film. I’m not able to separate myself.

SCREAM: Something that I was surprised to read was that ever since your sister used to scare you as a child you don’t like being frightened. If that’s the case then where on earth does your love for genre movies come from?

AL: (Laughs) I don’t know. I think I run head on into my fears in life.

SCREAM: Alistair says he pushed the cast and crew to the extreme to get things just right, particularly the special effects team. Would you say he was very demanding during the shoot?

AL: I don’t think I’d say he was demanding but I do think he created an intense environment. The first scene that we shot was actually the end of the movie and so that was pretty intense. For me, one of the reasons that I love getting the chance to act is being able to tap into the emotional core and express yourself in ways that the character would be feeling. It tore my heart out when I got to the end of this script and that was something that I wanted to make sure didn’t feel just indulgent and just crying. I wanted it to be truly connected to love and that was something that I think we were able to do and that we were able to show in the movie.

SCREAM: The film brims with surprises and unexpected twists. Did Alistair try and mix things up a bit and surprise you or the rest of the cast? Was he also open for improvisation?

AL: He was open for improvisation but when you’re shooting an independent film on a tight budget there’s just not space. You get one or two takes and you’re moving on. There just isn’t the time for that and the script was pretty buttoned up but we would trim it each day rather than add to it. In the end, rather than improvising, we were trimming down what was there and making sure that the things that we ended up using were essential to the film.

SCREAM: I know Alistair has a few ideas for other horror films but there is also talk of a sequel to The Diabolical. Has he spoken to you about that?

AL: I LOVE IT! Absolutely!!! But we’d need a hundred million dollars for that one. (laughs) I would certainly be up for a sequel. I loved working with Alistair and I love working with Ross M. Dinerstein, who is the producer, and it was also exciting for me, coming from bigger budget stuff, to just pare it down, to just be right outside the house and just go and shoot each day and move so fast with no time to wait in-between scenes. I was just working on my feet and it was a very fluid process which is something that was exciting to me as an actor. I really liked working in this kind of renegade style.

SCREAM: So you said you’re heading back to Legends for a second season. Other than that, will we be seeing you in any more feature films in the near future?

AL: Yes. I have some movies and we are working on the deals right now, which is so exciting to me. I kind of have this year buttoned up which is great, and rare, in my industry. So right now I’m just spending time with my family and cleaning out my closets and enjoying this L.A. Spring and then I’ll be back at work. I’m not going to say anything about the movies for now but you will hear something very soon and within the next couple of weeks we hope to get all that tied up. I’m just too superstitious. There are too many twists and changes in this industry…

SCREAM: Thank you so much for speaking with SCREAM Ali, it’s really appreciated.

AL: Thank you so much Howard and I’m really glad you enjoyed the movie.

We’d like to thank Ali for speaking to SCREAM and I can’t recommend the film enough. If Alistair Legrand’s debut feature is anything to go by he is certainly a name to watch out for… 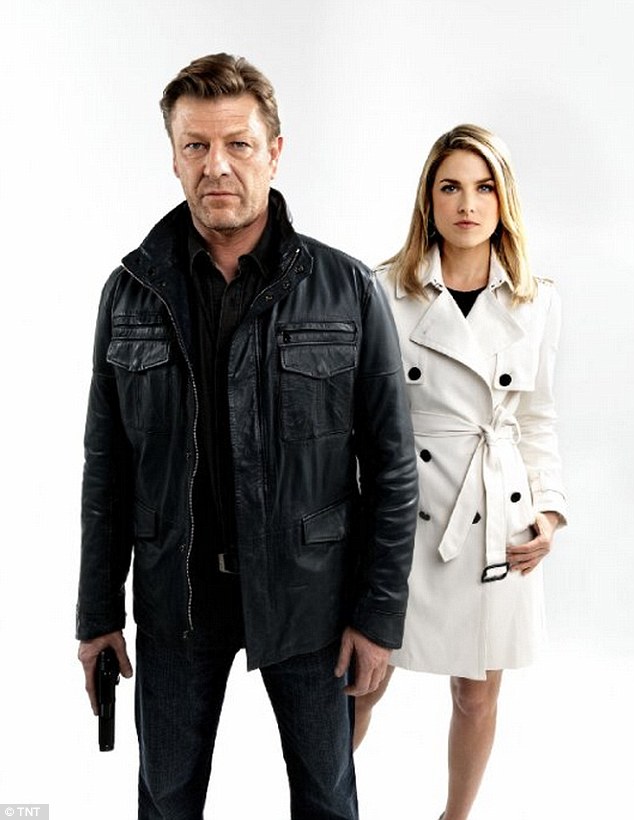