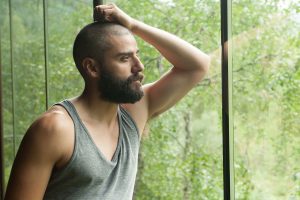 Alex Garland has set his sights on his next project; Annihilation, which he plans to bring to screens in 2018. The film will see him re-team with Ex Machina star Oscar Isaac (pictured right) in a film described as following a biologist who signs up for a dangerous expedition, where the laws of nature are absent.

The Ex Machina narrative similarities can already be seen, as Garland’s directorial debut saw Domhnall Gleeson’s Caleb getting more than he bargained for when he agreed to participate in a ground-breaking AI experiment. The laws of nature were pretty much broken there, too.