More AI Action and Less Xenomorphs in Next Alien

If you were pleased with the amount of Xenomorph action in the recent Alien: Covenant, then you’re going to be disappointed with this news. Director Ridley Scott has stated that his sequel to Alien: Covenant – if it’s ever given the go ahead from Fox – will feature less Xenomorphs, but more AI. AKA more sinister Fassbender action. 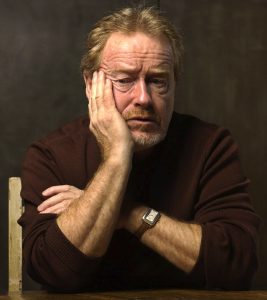 In his full statement to Empire, Scott said:
“I think the evolution of the Alien himself is nearly over. But what I was trying to do was transcend and move to another story, which would be taken over by A.I.’s. The world that the AI might create as a leader if he finds himself onto a new planet. We have actually quite a big layout for the next one.”

We’re not sure if it’s a good idea to step away from the Xenomorphs entirely if you’re going to make an Alien movie, but this is Ridley Scott’s world so what can we do?

Michael Fassbender’s David is a fascinating character, but we loved Covenant’s combination of Xenomorph horror and intelligent exploration of AI. A too strong a focus on either will do the franchise no favours.

With Fox not having greenlit a follow-up to Alien: Covenant yet, who knows if we’ll ever see Scott’s dream prequel series.

Keep your eyes peeled for more.