AFTER THE FOG CLEARS: Book Review 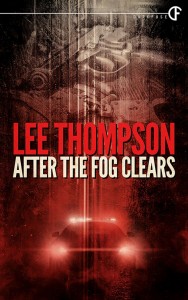 ‘You have to do what is uncomfortable to go anywhere worthwhile…’

After the Fog Clears is a harrowing tale of loss, betrayal and destructive madness all packed tightly into an emotional kaleidoscope.

After receiving a frightening call from his Nan, Luther Anderson rushes home through the deep fog and early morning stillness, speeding, his blood screaming he narrowly avoids a young child unwittingly playing at the roadside. Not quite as lucky is the Saginaw police officer Nathan Hazzard chasing Luther, he loved the chase but the fog was dense and he didn’t see the child until it was too late.

‘Listen to the squawk of a radio so you don’t have to hear the unrestrained volume of a torn-apart heart. Close your eyes so you can’t see a stricken mother outliving her little one; a woman who wishes she could follow him, to protect him, to never fail him again. Whisper to yourself, and to her, and to the thing she holds: Eventually the fog will burn away…’

This single act, the death of a child, sets off a devastating chain of events for all concerned, the cracks and obstacles blighting the paths of these characters are ruinously explored amidst deceit, disloyalty and ultimately, death.

Lee Thompson is adept at portraying flawed characters and their destructive actions, this story is certainly shrouded in darkness. It’s difficult to see any goodness for the main part and there’s no light at the end of this tunnel. The ending could have been handled differently in my opinion, for the half dozen characters this story revolves around to all come together in the same place was way too convenient. It didn’t however ruin my overall enjoyment of the fluid writing and desperate characters.