Be Afraid of this Teaser for FOX’s The Exorcist

Halloween is approaching with its host of spooky films and shows, including FOX’s reimagining of The Exorcist. A new teaser has been unleashed to remind us of its immanency and to show us the frights and jumps that will be accompanying it.  Check it out below; it’s an effectively frightful 30 seconds of Exorcist goodness packed full of ominous imagery and the promise of a gripping character-driven plot.

The Exorcist stars Alan Ruck, Geena Davis, Brianne Howey, Hannah Kasulka and Kurt Egyiawan, Alfonso Herrera and Ben Daniels. The pilot has been written by Jeremy Slater and directed by Rupert Wyatt. On paper, this all sounds quite excellent and we have high hopes for the series, despite our initial thoughts that this may be the opposite of enjoyable for fans of the classic horror from William Friedkin. 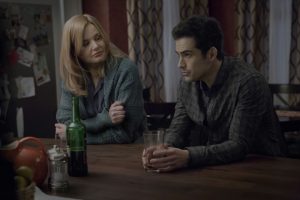 The Exorcist will air on 23rd September, so it’s not long until we find out if it’s a super scary interpretation or one that we will be shaking our heads at. We’re hoping it will be the former, because TV can always do with a little bit more decent horror. With Damien being cancelled after the first season, FOX very much need a successful new series.