Adam Wingard is already quite the household name when it comes to horror flicks, with You’re Next and The Guest being his most memorable contributions to the genre to date. Here at SCREAM there isn’t a doubt in our minds that his latest project, Death Note, which was saved from imminent turnaround by Netflix, is about to make just as big a mark. Based on the original Japanese manga series written by Tsugumi Ohba and illustrated by Takeshi Obata, which has previously been adapted as both anime and live-action in Japan, the 25 August Netflix release marks the first western interpretation of the source material. 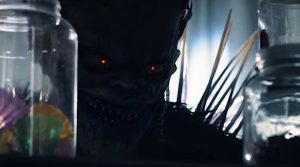 Light Turner (Nat Wolff) is a genius high school student who discovers a notebook that says it can kill anyone whose name he writes in it, as long as the he has seen that person’s face. Light also comes face to face with the notebook’s original owner, the demon Ryuk (Willem Dafoe) who dropped the book to the human world out of sheer boredom, and who is intent on tormenting the new owner into using the book for all manner of evil. Light and his fellow classmate Mia (Margaret Qualley) start delving into the files of war criminals and prisoners in order to serve their own form of justice with the book but it’s not long before an investigator named L (Lakeith Stanfield) starts putting the pieces of the puzzle together and closes in on Light and Mia.

To celebrate the film’s release on Netflix, SCREAM sat down with Wingard to discuss tackling one of the most revered manga creations of all time…

SCREAM: You and your brother have been big manga fans since way back when. What was it about Death Note that you thought made the perfect source material for a live-action movie?

Adam Wingard: I guess it was just one of those inevitable things where, because anime and manga was such a huge part of my life, I felt that I would have to do something that would speak to that. I think my creative journey as a director over the last few years has been really nostalgic. I’ve been going back to all the films that influenced me in my roots. If you look at The Guest for example, that was my love letter to John Carpenter and the Terminator type films that I loved growing up. And then Blair Witch was a very inspirational movie for me when I was younger and You’re Next encapsulates that Scream and ‘80s and ‘90s horror vibe. So, in a lot of ways I’ve been locked into really exploring the things that drove me to become a filmmaker so it was kind of inevitable to eventually approach something in the anime field. Truth be told, I haven’t really kept up with more recent anime and it was about four years ago that I was on the phone with my brother and he just out of nowhere said, “If you ever end up adapting any property into a movie, you should do “Death Note”.” At that time I had actually never read it or seen the anime. I was familiar with the title but my perception of it was like One Missed Call or the Ring remake or something. Anyway, I was interested in trying to figure out what he was talking about so I read it and it was really surprising. It’s such a crazy series and it’s kind of indescribable genre-wise and that was very interesting to me because, even though I’m known as a horror filmmaker, it really resonated with me because it’s just so genre-bending in a lot of ways. 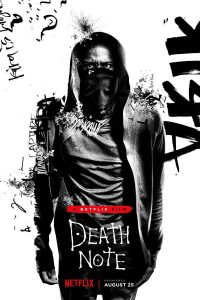 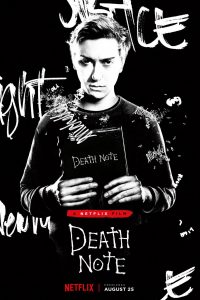 SCREAM: Tackling source material which is considered sacred amongst die-hard fans, you are always going to get a bit of a backlash. How did you tackle the decision-making in terms of adapting the film to set it in the U.S. whilst also keeping the story as faithful to the original as possible to keep the militant fans of the manga happy?

At a certain point, I had to just let go of the fact that there were going to be certain fans of the series that, if you’re not adapting it to a tee, are going to be angry or let down. You can’t really please everybody when your doing something like this. All you can really do is make the best version possible. When adapting it to America and setting it in Seattle, really it just informed so many different changes because Death Note is such a Japanese thing that you can’t just move it to another country and copy and paste the original. Not just aesthetically, but also emotionally, it’s going to have a different vibe. But that’s basically the whole point. This thing has already been adapted in Japan so I think our thought process on it was that this had kind of been done before so we wanted to do something new with it. For me, the main carryover was that this was a morality play and this was about good and evil and what’s in between and the cat and mouse chase between Light and L. All of those things were the core of Death Note and make it what it is so it was important to try to hang on to those things. And then the location and the characters’ personalities just kind of developed in different directions and we let that take us where it went.

SCREAM: Did you follow a similar approach in the casting process?

For sure. Whenever we were casting, we were basing it on the screenplay that we had written so those characters naturally already had different attributes and personality quirks and they evolved differently over the course of the film. For instance, L starts out one way and then by the end of it, he is much more emotive and that was all part of the way we had designed his character; this incarnation based on his background which is much more nefarious than the original series. And Light worked the same way. To me, it was more about taking what was originally the Light from the anime and almost splitting that character into two. If you really think about it, Mia is almost more closer in personality to what Light is in the original series than this movie version’s Light.

So, in the casting process it was a case of, “Who was going to take this and make it the most interesting that they can?” L was probably the most difficult part to cast because it’s such an experimental type of character and it could be so many different things. When Lakeith Stanfield showed up at that time, he wasn’t known for Get Out or “Atlanta” so I didn’t really have a lot to go off of other than his fantastic audition. We had so many people come in to read for L but Lakeith just did something that nobody else did and that was why we went with him. 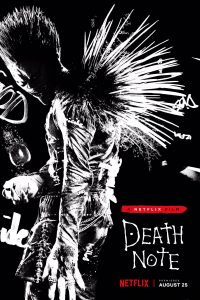 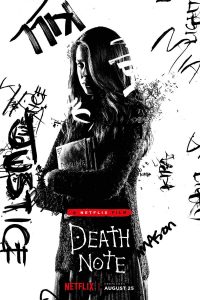 SCREAM: We can’t not mention Ryuk. His look is about as true to the manga as it could be and he is as darkly comical as he is truly foreboding; a blend that is so difficult to master but something you pull off so well here.

Basically, our approach to Ryuk was that this was the main opportunity to do something that was way more of a direct carryover from the original source material. For me, my first thought was that I wanted to see him as a real person and I really wanted him to be on set. If you watch the Japanese live-action versions, they take a much more fully CGI approach. I felt that we needed to differentiate ourselves and bring this character to life in more of a real way than we have ever seen before. Basically, the main kind of differences is that we turned the feathers on his jacket into these quills to give it a creepier and more organic feel.

In the version of the script that I originally read when I first came on, Ryuk was in literally like 2 or 3 scenes. I also heard that there were other versions of the script before I came on where he wasn’t even in the film at all. I can’t even begin to imagine what a Death Note film would be like without Ryuk because he’s the linch pin of the whole thing and probably one of the funniest parts for a lot of people. But the question with him was always, “How ominous do we make him and how much of a sense of humour do we give him?” A lot of the humour in the source material was really goofy and very enjoyable and we knew we couldn’t go quite that broad with it but I still wanted him to have a sense of humour whilst at the same time remaining ominous. For example, early on in the film, when Ryuk first appears in the detention hall classroom with all the papers and chairs flying all over the place, it’s not like Ryuk has to do all of that stuff. He’s really just doing all of that to fuck with everyone. As you watch everything that he is doing, you see that he has a sense of humour and he just wants to be a spectator and entertained.

And then with Willem Dafoe, he is just one of my favourite actors of all time so the opportunity to work with someone like that was one I was going to take. Having said that, when we were first looking at casting the role, my first two picks were really weird because initially I wanted to cast somebody to encapsulate that sort of Glam Rock style that Ryuk dresses in. My first choice was going to be David Bowie and then, right after I had made that decision, he sadly passed away. But then the next one on the list was Prince – I’m not even joking – and of course we all know he died shortly after. That was when I decided, “Okay. We have got to take all the iconic rockers off the list because we are quite literally creating our own Death Note. Obviously, I don’t want to make light of all of this, but that is exactly what happened. But then Willem was the next person on the list and it’s very rare, for me at least, to have an actor at the top of your list be the one that you actually get. He just responded to the script and fans absolutely love him. Even the more militant Death Note fans who don’t want anything changed still seem to concede to him playing Ryuk so that’s a great sign…

DEATH NOTE launches on Netflix on the 25th of August and we’ll leave you with the latest trailer, as if you needed any more convincing to watch it…