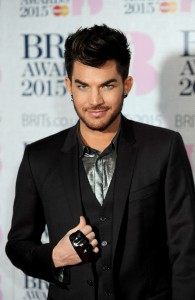 Adam Lambert, who made a huge name for himself after appearing on American Idol in 2009, has been cast as Eddie in Fox’s TV adaptation of The Rocky Horror Picture Show. Since the reality show, Lambert has released three studio albums and culminated in a world-wide tour with rockers Queen.

The role was famously played by Meat Loaf in the original film who, unfortunately, met his demise at the hands of Dr Frank-N-Furter. We wonder if Lambert will be given the same ice pick treatment.

Laverne Cox (Orange is the New Black) is playing Dr Frank-N-Furter with Victoria Justice and Ryan McCartan as the new Janet and Brad. Staz Nair will be Rocky Horror and Reeve Carney is to be Riff Raff.

Get ready to do the Time Warp (again!) when the two-hour special of Rocky Horror airs on Fox later this year.