Adam Bernstein to Direct the first Episode of The Mist

There has been news surrounding a TV adaptation of Stephen King’s The Mist for quite some time, but the confirmation was truly cemented when a press release stated that 10 episodes had been ordered. Spike TV are bringing the story to the small screen with Christian Torpe (Rita) as an executive producer, with the show planning to begin shooting this summer and then air in 2017. 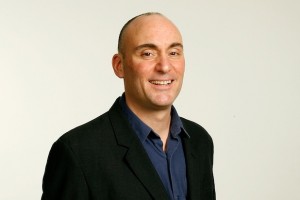 It has now been announced that Adam Bernstein will be directing the premiere episode. Bernstein has directed a whole host of TV show episodes, including Breaking Bad, Nurse Jackie and Californication, so he’s certainly no stranger to the format.

Stephen King’s stories are currently in the limelight, so here’s a quick round-up:  The zombie apocalyptic thriller Cell is being brought to the big screen with Samuel L. Jackson and John Cusack; the release date for that is the 8th July 2016 in the USA and the 26th August 2016 in the UK. The first part of IT will land in September 2017, a star-studded adaptation of The Dark Tower that currently boasts Idris Elba, Matthew McConaughey, Katheryn Winnick and Jackie Earle Haley will also hit our screens in 2017. A Pet Sematary remake is currently in development from writer Jeff Buhler (Midnight Meat Train) with studio Paramount. Finally, Doctor Sleep – the sequel to King’s The Shining – has landed a writer for its film adaptation; Akiva Goldsman (A Beautiful Mind, Fringe).

That’s all, we think.