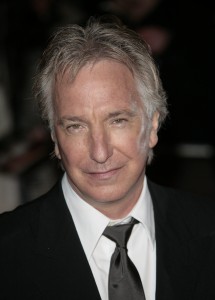 2016 has not been getting off to the best start with the recent deaths of legends of the screen Vilmos Zsigmond, Angus Scrimm, David Bowie and, now, Alan Rickman.

According to a statement from his family: “The actor and director Alan Rickman has died from cancer at the age of 69. He was surrounded by family and friends.”

Alan Rickman was a renowned actor of the stage and screen; someone who, surprisingly landed his first big-screen acting role at the age of 41. Of course, this was the action hit Die Hard where he played the role of the villain Hans Gruber; someone you’d just love to hate. From then on he a variety of unforgettable and mesmerising performances, including playing Sheriff George in 1991’s Robin Hood: Prince of Thieves, Metatron in 1999’s Dogma and, perhaps most famously, Professor Snape in the Harry Potter Franchise.

In terms of horror, Rickman played Judge Turpin in Sweeney Todd: The Demon Barber of Fleet Street, as well as playing the Blue Caterpillar in another Burton flick Alice in Wonderland. He will be reprising this role in the upcoming sequel Alice Through The Looking Glass, so we will be able to hear that distinctive voice once again.

We will leave you with some wise words from Mr Rickman himself, “A film, a piece of theatre, a piece of music, or a book can make a difference. It can change the world.” We don’t know about you, but we definitely would argue that he changed the world and helped make it a more entertaining place.

RIP Alan, the loss of your presence will be eternally felt.