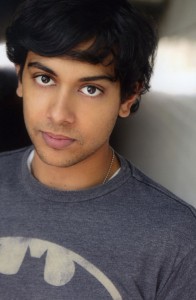 Abi Sinha has been revealed as the latest person to join the cast of the upcoming sequel to James Wan’s The Conjuring. Sinha has roles in films that include In Time, After the Dark and Blackhat, he has also featured in TV’s Rizzoli & Isles and Chasing Life.

The Conjuring 2 will tell the infamous true story of the Enfield poltergeist which tortured a family in London in the 1970s. The poltergeist was particularly interested in one of the children and if you’ve done your research, you’ll know that they reported furniture moving around, demonic voices and levitation during the 2-year long haunting. In the end, it was concluded by the Warrens that the children were possessed by a demon – creepy.

We’re glad to see James Wan back in the director’s chair for this, because without Wan’s horrifying touch, The Conjuring’s spin-off Annabelle failed to reach the spooky heights of its 2013 predecessor. Along with Wan, Cary and Chad Hayes have written the script and the sequel also sees the return of Patrick Wilson and Vera Farmiga.