An array of images have been released for Darren Lynn Bousman’s Abattoir; a supernatural horror film that recently screened at Horror Channel FrightFest in the UK and Berlin’s Fantasy Film Fest in Germany. Abattoir follows a reporter who investigates a chilling case that revolves around Jebediah Crone; a mysterious man building a house from rooms that were home to different, but equally disturbing tragic events. 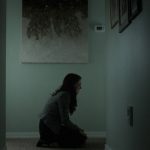 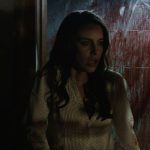 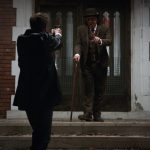 The images give us a look at the film’s stars Jessica Lowndes, Dayton Callie and horror favourite Lin Shaye. There is also a slightly spoiler-ish image of the constructed haunted house in its entirety which looks exactly how you’d expect a house built on various tragedies would; it’s huge, domineering and spectacularly spooky.

We thought the film was a lot of fun with its premise and supported its imaginative story with impressive visuals. You can check out our positive review of the film right here. Abattoir is available right now in the UK and will hit the USA on 9th December 2016.