A24 to Release The Killing of a Sacred Deer in November

Yorgos Lanthimos’ The Killing of a Sacred Deer is set to have its world premiere at the upcoming Cannes Film Festival, but after this A24 will release the film on 3rd November. A24 is behind some of the greatest, darkest and most brilliant genre films; having brought us Green Room and The Witch, two of the most impressive and terrifying horror films of the decade.

Lanthimos is an exciting and unique film-maker; his last endeavour was the a genre-bending sci-fi-romance with a dark edge, The Lobster, so we can’t wait to see what his creative mind can bring us next. Colin Farrell returns to work with the director after starring in The Lobster, and will do so with Nicole Kidman, Alicia Silverstone and Bill Camp. 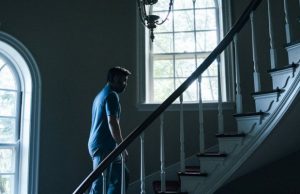 Synopsis:
In the psychological revenge thriller, Farrell plays a successful surgeon who attempts to integrate a teenager into his family, but when the teen’s actions grow increasingly sinister, the doctor is forced to make an unthinkable sacrifice.

The Killing of a Sacred Deer will be with us in November.