A Trio of Images from Rob Zombie’s 31 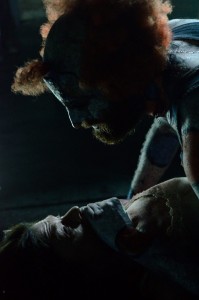 Rob Zombie’s 31 recently screened at Sundance film festival and has, so far, been described as a viciously fun, demented game of hide-and-seek. Of course the film has been met with some less favourable reviews, but this is Rob Zombie, so what did we expect?

Take a look at a trio of new images (above, right, below) that show a couple of characters in a bit of a predicament; Sheri Moon Zombie’s character Charly, however, seems to be dishing out some damage of her own. 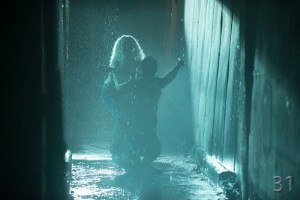 31 has been given an ‘R’ rating which secures the film a theatrical release, but those that are dying to see the uncut version can do see when 31 is released on DVD later this year.