A Long-Lost Scene from Halloween 5 Has Resurfaced

Like a lot of films from the period, Halloween 5: The Revenge of Michael Myers (1989) had numerous deleted scenes that were seemingly lost to the ages. But an official website for the franchise has revealed that we may soon get to see some of this footage after all. It seems as though the alternate opening to the film, in which Michael Myers is resurrected by “Dr. Death,” might have been found in the archives.

Don Shanks, the man behind the mask in the film, recalls that the scene originally saw Dr. Death tattooing the Thorn rune on Michael as part of an occult ritual. This rune is the sign of eternal life and plays a pivotal role in the sixth entry in the franchise, Halloween: The Curse of Michael Myers. A year after Dr. Death’s ritual is complete, Michael comes back to life, grabs his trusty William Shatner mask, and breaks Dr. Death’s back for his trouble, before impaling him upon the very altar on which he brought Michael back. That’s gratitude for you. 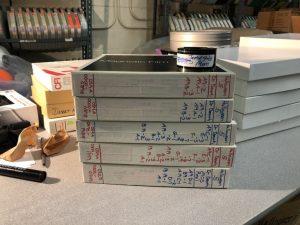 We don’t know yet how or when this footage will be released, but we’re always excited for more Halloween content. It just goes to show, Michael Myers will always find his way home eventually.