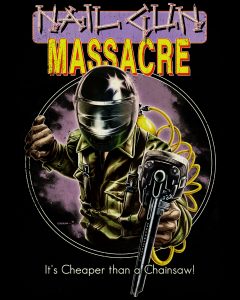 With the likes of The Toxic Avenger, Demons and The Corpse Grinders all set for the remake treatment, the trashier end of the horror spectrum is fast becoming the favoured place to mine from, and they don’t come much trashier than 1985’s low-budget slasher The Nail Gun Massacre, which too is set for an imminent reimagining.

The creaky cult splatter flick features a motorcycle helmet-wearing psycho slaying the citizens of a rural Texas community with the titular powertool, as well as frequent post-kill quips (which are barely heard through the helmet’s voice-changer), rubber nails sticking out of faces and the grottiest, most hilarious outdoor sex scene in horror history. It is the sole film credit for its Texan co-directors, Bill Leslie and Terry Lofton, the latter of whom sadly died in 2011, aged just 48.

Prolific SFX/makeup designer and Laid to Rest/Fear Clinic director Robert Hall will be helming the remake, which he will also produce alongside Texas Frightmare Weekend founder and producer Lord Cryer who said, in a recent statement:
“Robert Hall and I have been talking about this for a couple of years and finally we are making it happen. Hall’s film Lightning Bug is a personal favorite and obviously with the unmatched death scenes in his Laid to Rest series, I found the right guy to bring it to life.”

In the same press release, Hall said:
“I’ve been really fortunate to have amazing casts in all my films despite the budget and although I can’t reveal anything just yet, Nail Gun will be no different and feature a familiar and stellar cast … It’s going to be a FUN MOVIE for sure, however the new screenplay is really smart and we are pulling back on the camp for sure. It’s an update for today’s demanding audience bringing you WTF superb nail gun kills of course.” 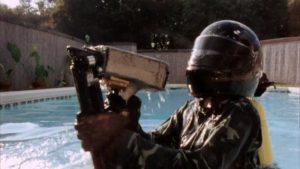 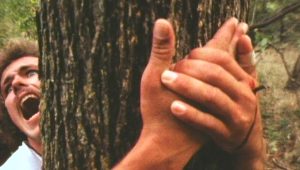 This is a remake I can most definitely get onboard with, particularly as Hall had a good relationship with the late Terry Lofton, and oversaw Code Red’s 2014 re-release of the original film. Filming is scheduled to begin in Texas in the summer, with a plan to release the film in 2018.