The film, which haunted cinemas back in April, is getting a home release in August from Magnet, who promise a 4K Blu-ray and 4K Digital alongside a DVD. The special features on the Blu-ray will include behind-the-scenes docs, deleted scenes and a visual effects reel. 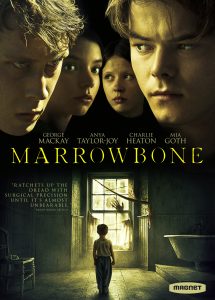 Magnet will release the film on August 7th.