Don Coscarelli Muses Over PHANTASM Remastered Ahead of SXSW Screening

With Bad Robot’s enhanced version of Don Coscarelli’s Phantasm all primed to screen at this year’s SXSW tonight, the celebrated director, screenwriter and producer told SCREAM, “It’s like an out of body experience after all these decades of working on Phantasm to finally get to see it like I guess it was meant to be seen.” 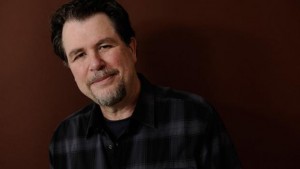 And the chance to bring Phantasm to such a celebrated festival as SXSW is something Coscarelli never even imagined would happen all of 37 years after it originally released:

“When it came out back then, no one was inviting us to any festivals [laughs]. All I remember at that time was that there was just one horror film festival that I knew of that was the Avoriaz Film Festival in France and Phantasm played there. I wasn’t invited but I remember being excited to hear that Roger Corman had been the President of the jury that year and Phantasm won the Jury Prize.”

At this point, everyone who hasn’t been living in a cave knows that none other than J.J. Abrams was one of the driving forces behind this long-time-coming remastering process: 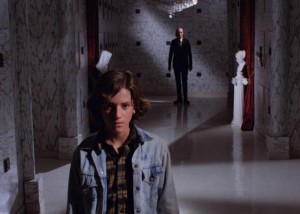 “The way it came about was just amazing. I had met J.J. Abrams a good decade ago. He just called up one day to introduce himself and told me he’d seen Phantasm when he was about 14 years old and he just loved the movie. We developed a friendship and I introduced him to Angus Scrimm because he was really excited to meet him and then he subsequently put Angus in one of his TV shows, Alias, in a recurring role. And then, just out of the blue, he had wanted to screen Phantasm at his Bad Robot company but I told him that all I had was a scratched up old print. So he offered to let me bring the film over to his company and he had some techs who had some spare time between working on Star Wars and they just went to work on it.”

When the original Star Wars trilogy made its way back into theatres way back when, quite a bit of material was reworked with special effects and the like added to give audiences that bit extra to enjoy – or complain about. But Coscarelli was well aware that it probably wasn’t the best plan of action to alter the source material all that much:

“Look, the problem that I’ve got is that Phantasm has got such a devoted fan following. I had to be very careful not to overdo anything by re-editing or re-shooting a sequence of adding visual effects because I don’t think they would accept it … You probably would hear from a lot of film directors that when they watch their movies all they see are the flaws. But this was the opportunity to go in and, for starters, go back to the original camera negative and do a scan of that, and then colour correct it and frame it. As nice as the movie was when it first came out, there were a lot of negative flaws in that material … We got a completely restored audio also … and the acting is actually better because you can see the actors’ faces more clearly. It’s pretty astonishing … I can enjoy watching the movie now whereas it used to be insufferable to sit through watching all this different damaged stuff.”

According to Coscarelli, news of further theatrical screenings beyond SXSW together with home release details will be revealed in the next couple of weeks but for now, if you are anywhere within a stone’s throw of Austin this evening we highly suggest you head over to the Stateside Theater to catch the PHANTASM: Remastered screening at 11:45 P.M.