CHECK IN WITH A PERFECT HOST’S TRAILER

A restful vacation takes a frightening turn in Airbnb horror A Perfect Host—and you can check in early with the new trailer. From director Chad Werner and Uncock’d Entertainment, the film follows a group of friends who rent an isolated lake house for the weekend. As their relationship drama unfolds, they’re forced to deal with …Read More

Osgood Perkins (The Blackcoat’s Daughter, I Am the Pretty Thing That Lives in the House) and Orion Pictures are here to put the grim back in Grimm fairytales with Gretel & Hansel—and the newly released trailer and poster promise a gorgeous, horrifying treat. In Gretel & Hansel, a young girl and her little brother search …Read More

Glenn Danzig (Verotika) just wrapped principal photography on his upcoming horror western Death Rider in the House of Vampires—and it looks like the ever-entertaining Danny Trejo (From Dusk Till Dawn, The Devil’s Rejects) is part of the cast. He stars alongside Devon Sawa (Final Destination, Idle Hands), Kim Director (Book of Shadows: Blair Witch 2), …Read More

It was previously announced that Sam Raimi was working on a new instalment of the Evil Dead franchise, with a new filmmaker at the helm. Bruce Campbell said he wouldn’t be appearing as Ash and that he has retired the character altogether, and that’s about as much as we knew about the project. But in …Read More

Shhh… The full trailer for A Quiet Place: Part II has arrived in a flurry of action, bringing with it our first look at Cillian Murphy, who seems set to be the film’s antagonist. Written and directed by John Krasinski, the sequel picks up after the events of the first film, while also taking us …Read More

HOPE TRICKLES AWAY IN CLIP FROM UNDERWATER

Courtesy of 20th Century Fox, we have a new clip from Underwater, the latest horror film from director William Eubank (The Signal). The film follows a crew of researchers who must get to safety after an earthquake devastates their subterranean laboratory. And it looks like the chances of survival are sinking… This first clip gives …Read More

The horror community pricked up its ears earlier this year at the news that Doctor Strange in the Multiverse of Madness would be Marvel’s first horror film. But our excitement might have been premature. During a recent talk at the New York Film Academy, Kevin Feige, President of Marvel Studios and Chief Creative Officer of …Read More

We can’t wait to get our claws on Malignant, the first horror film directed by James Wan since The Conjuring 2 in 2016. And it won’t be too long now—Wan revealed on Instagram recently that filming wrapped shortly before Christmas. “So we wrapped principal photography on MALIGNANT,” the director wrote. “Big THANK YOU to an …Read More

He’s back! Art the Clown will soon return in the long-awaited sequel to 2018’s Terrifier, which saw the killer clown terrorising a young woman on Halloween night. And as a festive treat, writer-director Damien Leone recently took to Instagram to share our first glimpse at Art in action once more. While the teaser image is …Read More

Did you realise that Trent Reznor (pictured right) scored Netflix’s Bird Box? I didn’t until recently—and if Reznor’s recent comments about his experience working on the film are anything to go by, there’s a reason for that. “We were on tour when they mixed it,” the Nine Inch Nails frontman said in an interview with …Read More

From writer-director Jeff Barnaby (Rhymes for Young Ghouls), Blood Quantum hits theatres in 2020—and the first trailer (below) packs a socially relevant punch. If you’re not familiar with the term “blood quantum,” it’s got a lot of baggage behind it. A controversial measurement used to determine if a person is of Native American descent, the …Read More

Filming has just wrapped on Seance, the feature directorial debut of Simon Barrett, who you may remember as the writer of The Guest, You’re Next, and Blair Witch, to name just a few of his credits. Barrett announced the news on Facebook, writing: “Haven’t posted in weeks because I had no time, but we wrapped …Read More

STRANGER THINGS GETS ITS OWN PINBALL GAME

The world of Stranger Things is now a pinball game, thanks to Stern Pinball Inc. Featuring a playfield designed by Brian Eddy (who designed one of my all-time favourite pinball machines, Medieval Madness), the game can flip at any time, transforming into the Upside Down. There, you’ll have to make specific shots before you switch …Read More

For the 35th anniversary of Ridley Scott’s Alien, NECA released the first Ellen Ripley action figure featuring the likeness and approval of Sigourney Weaver. A few years have passed since then, and advancements in technology have allowed the company to make its figurines even more realistic. That’s why we’re thrilled to hear that NECA will …Read More

The world of ghost hunting is a very interesting one. This hobby has attracted many people from varying backgrounds of religious faith, scientific experience and general curiosity. The hobby, and sometimes a career, of ghost hunting has allowed us to explore the applicable side of the question of ghosts existence. For anyone that is just …Read More

Josh Boone, director of the upcoming horror-leaning X-Men spin-off The New Mutants, has confirmed that a new trailer for the film is coming January. If you’re saying, “Wait, didn’t I already see a trailer?” then you’re not wrong. The original trailer was released in 2017, back when the film was supposed to hit theatres in …Read More

Just in time for Christmas Day, Full Moon Features has released the first teaser trailer for Blade: The Iron Cross, a spin-off of its long-running Puppet Master franchise. The standalone feature debut of the hook-handed puppet Blade, the film will centre around a murderous Nazi scientist named Dr. Hauser who has created an undead army. …Read More

Corey Taylor, lead vocalist of Slipknot, has written a horror movie! We don’t know much about the project just yet, but in a recent interview with Rolling Stone, Taylor revealed that the script is finished and he’s “aggressively looking for investors and producers” right now. Taylor is no stranger to the horror genre. A collector’s …Read More

Zoe Colletti (Scary Stories to Tell in the Dark) has just joined the cast of Fear the Walking Dead, AMC’s spin-off of its hit zombie show. She’ll play a pivotal role in the sixth season, which will explore what became of the family of survivors who were pulled apart at the end of the last …Read More

Netflix will summon the third season of Chilling Adventures of Sabrina on January 24th, 2020. In it, Sabrina Spellman (Kiernan Shipka) will go to hell and back—literally. And while she’s there, she’ll run into Sam Corlett (The Dry), who has just been cast as the Prince of Hell. Following the harrowing events of Part Two, …Read More

Mike Flanagan’s adaptation of Stephen King’s Doctor Sleep will be heading to home video in the new year—along with about 30 minutes of previously unseen footage. The extended Director’s Cut will clock in at a full 3 hours (180 minutes). By comparison, the theatrical cut was just 152 minutes. A sequel to both King’s novel …Read More

Limbo, the next horror flick from director Chris Peckover (Better Watch Out), has found its lead. Anika Noni Rose (Bates Motel, Assassination Nation) will star in the supernatural horror-thriller, which centres around a young mother who becomes possessed by something evil, leaving her disembodied spirit to haunt her home while the demonic double wrecks havoc …Read More

The directorial debut of Ant Timpson, Come to Daddy stars Elijah Wood (Maniac, Cooties) as a man in his thirties who travels to a remote cabin to reconnect with his estranged father. And the newly released trailer from Saban Films proves that some family members are best kept at arm’s length… Stephen McHattie (Ponypool) also …Read More

A few years after the release of his novel Salem’s Lot, Stephen King wrote a prequel, Jerusalem’s Lot. It was published in 1978’s Night Shift, the author’s first collection of short stories. And Epix has just given a straight-to-series order for a 10-episode adaptation of the story, with Adrien Brody (Splice) set to star. Described …Read More

Yet another adaptation of Stephen King’s Carrie is in the works! FX and MGM are currently developing a limited series based on the book, which centres around a shy, bullied teenager who develops telekinetic powers. This will be the fourth time that Carrie has been adapted, though the first time it’s been turned into a …Read More

A while back, Jason Blum announced that Blumhouse and Akiva Goldsman would be developing a new adaptation of Firestarter, Stephen King’s 1980 novel about a little girl who develops pyrokinesis only to be abducted by a secret government agency that wants to turn her into a weapon. And we now know that Keith Thomas (The …Read More

Netflix has canceled its original series Daybreak after just one season. Series co-creator Aron Coleite broke the news to fans on Twitter, sharing a prepared statement that read in part: “We learned last week that Daybreak will not be returning for a second season. We’re so sorry we couldn’t share it with you sooner but …Read More

Ahead of the series four finale of Van Helsing, Syfy has officially renewed the show for a fifth season. Sadly, it will also be the last. Centring around Vanessa Van Helsing (Kelly Overton), the daughter of the legendary vampire hunter, the series is set in a world overrun by vampires. With the help of a …Read More

A Quiet Place 2 creeps into theatres on March 20, 2020—and fittingly, the release of it’s first teaser trailer has been a remarkably quiet affair. Clocking in at around 20 seconds, the teaser appears to confirm that the sequel takes place soon after the events of the original. In it, Evelyn Abbott (Emily Blunt) is …Read More

VISIT OUR MANY ADVERTISERS BELOW! 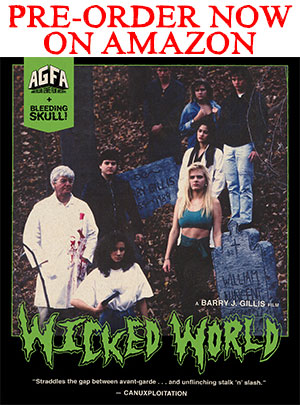 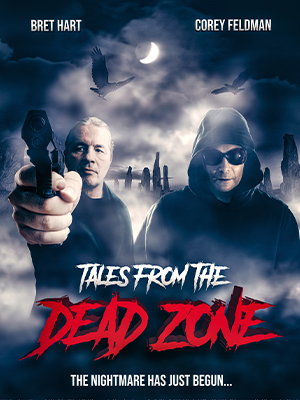 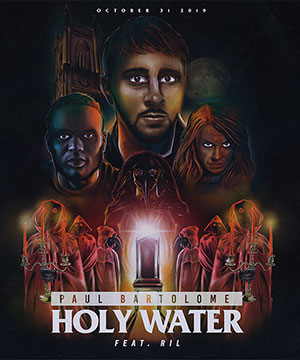 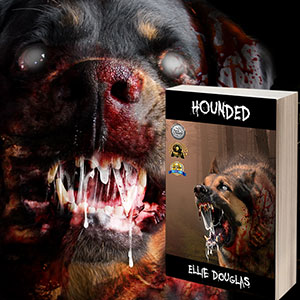 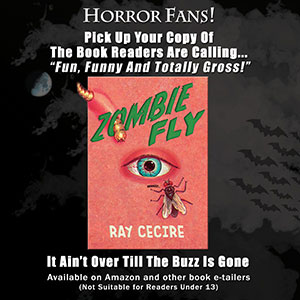 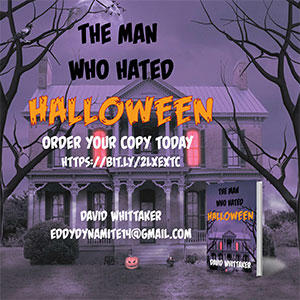 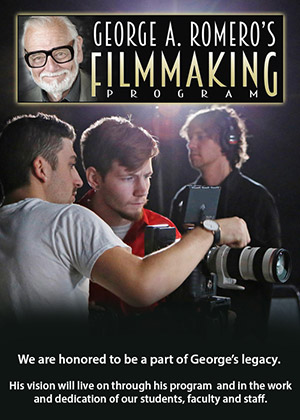 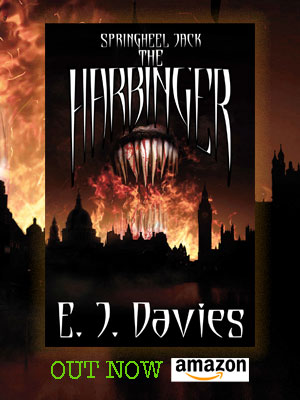